Striker Artur Sobiech scored twice in the win over SV Wehen Wiesbaden to get new coach Thomas Schaaf’s reign off to a successful start in the first friendly of the training camp in Belek.

Early goal for Wiesbaden
Both sides sized the other up in the opening minutes. The Reds continued trying their patient build-up play, but the end product was still missing. Wiesbaden’s Luca Schnellbacher then showed our players how it’s done: the 21-year-old scored the opener in the 15th minute as he got on the end of a cross from the left at the near post. Despite falling behind, Hannover maintained the upper hand and came close to scoring through Ceyhun Gülselam in the 26th minute. Up until half time, the match maintained the feeling of a friendly, with both teams trying without any real reward.

96 pick up the pace
At the beginning of the second half, the Reds had the better of the play. A ball across the Wiesbaden goal was missed in turn by our strikers in the 49th minute. Felix Klaus went a bit closer when he hit the post from Oliver Sorg’s pass just before the hour mark. But Artur Sobiech then saved the side, as the Poland international firstly converted Klaus’ layoff in the 70th minute, and then the number 9 made it 2-1 two minutes later following good build-up play from Bähre and Fossum. Wiesbaden provided little threat going forward in the second half, and so the result was deserved. 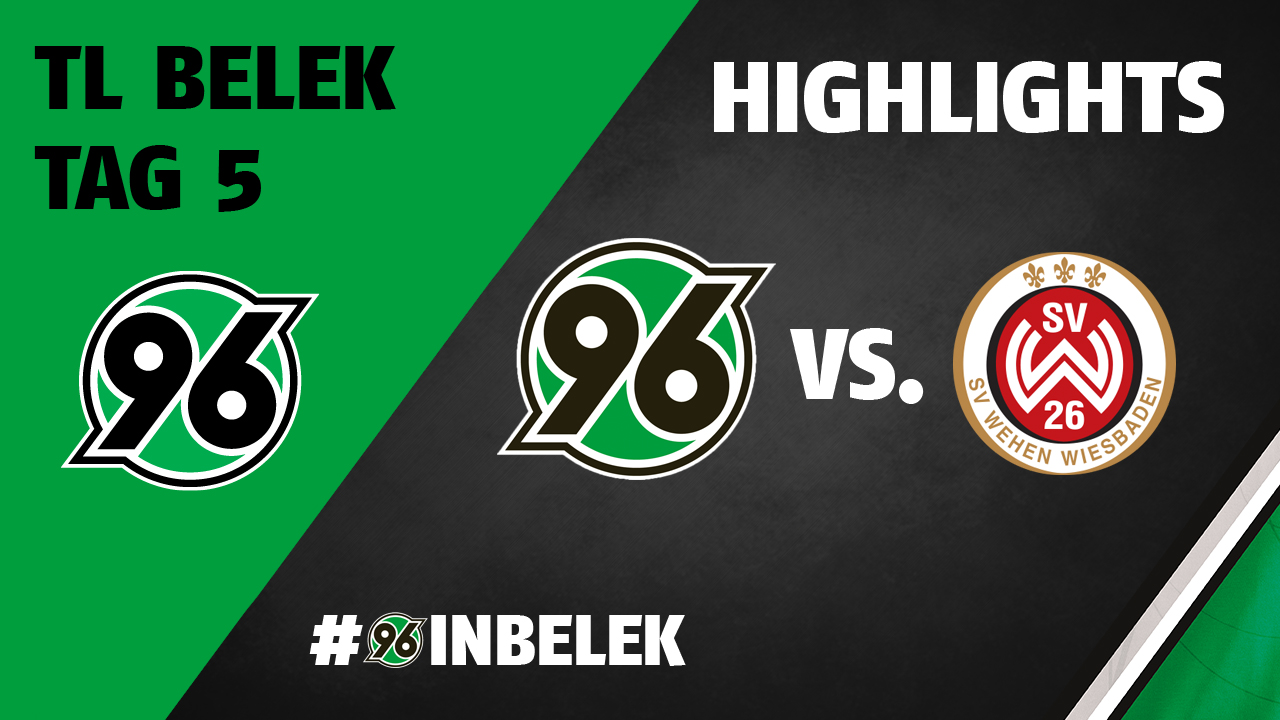